Price jumps and dwindling lots: How buying a new home got harder 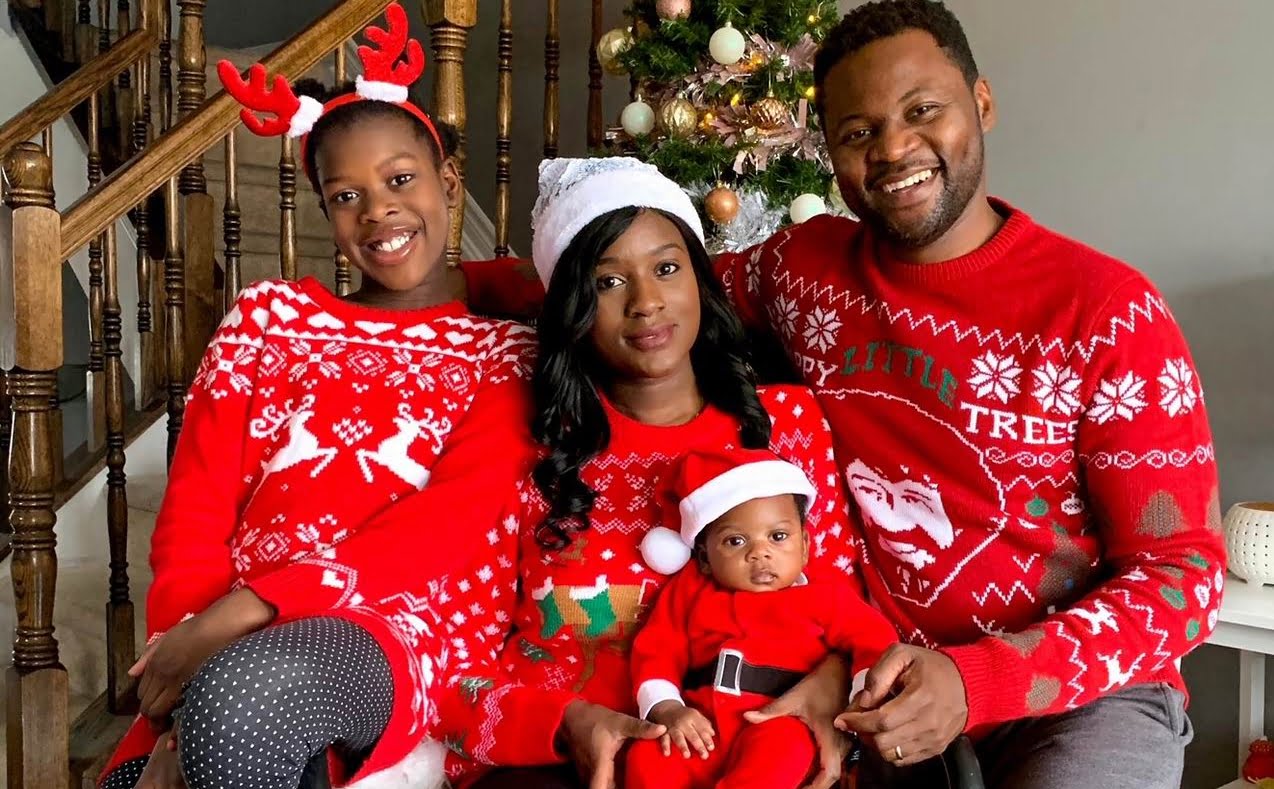 Buying a new-build home in Ottawa is a challenge in a COVID-19 world.

Constantly escalating prices, chronic temporary sell-outs, tiny lot releases that are immediately snapped up: the market for newly built homes has shifted drastically, making it difficult for buyers to find their dream home.

“I don’t think anyone’s seen anything like it,” says Tanya Buckley, vice-president of sales at Cardel Homes.

In November, Cardel released six townhome lots at Blackstone in Kanata in a virtual release. “We had 225 emails in the first five minutes,” she says.

So, how did we get here and how can buyers adapt?

What we’re seeing is really an extension of the hot market Ottawa has been experiencing for some time, says market analyst Patrick Meeds of The Horizon.

“Our starting off point for the pandemic was much different than most cities across Canada and we had not gone through all of the pent-up demand.”

That demand was created from several years of lower-than-normal sales — 20 per cent less than what would keep it at a competitive market — before everything started to open up in 2018, Meeds says.

By the end of last year, Ottawa reached record sales in both the resale and new home markets. Resale figures hit 18,622 homes, the highest number in 10 years despite severe inventory shortages, according to the Ottawa Real Estate Board, while new homes were up 27 per cent over the previous year at 6,315.

Using Riverside South as an example, “all of last year, any builder who had a release… those were selling out pretty quickly,” Meeds says.

And that pace continued going into the pandemic, where we were seeing high sales and issues with availability and price jumps, he notes.

On pace with last year

While sales cooled in the early days of the pandemic as the city shut down and safety protocols were introduced, by June they had rebounded so that new home sales for this year to the end of October were down just six per cent compared to the same period last year, according to monthly reports by industry analyst PMA Brethour Realty prepared for the Greater Ottawa Home Builders’ Association.

“COVID seems to be just amplifying things,” adds Buckley. She sees the biggest factor in our crazy market as demand — and how it feeds itself, giving the impression of scarcity.

“Sometimes it’s not that things are scarce, there’s a fear of scarcity and then you get this momentum effect.”

Meeds is not sure if we’ve worked through the pent-up demand. “We just don’t know if the market’s been satiated yet. If it has, then how much of these sales are people who are very nervous on price increases or wanting the larger home in the suburbs because they think they’re going to be working from home on a more frequent basis?”

One of the key consequences of the 2020 new home market is how much prices are jumping and how frequently.

Kwasi Appiah and his wife began looking for a home almost two years ago. They had their sights set on a 2,500-square-foot townhome in Stittsville for $440,000 but had trouble qualifying since his wife was not working at the time.

By the time they did finally buy this past June, that townhome was almost $600,000 — well out of their budget. They instead opted for a smaller town that that had been $389,000 two years ago but cost the couple $502,000 when they bought.

“It just prices you out of the market,” says Appiah.

Although he’s happy with his purchase — a Richcraft inventory home at Westwood that will be ready in February — he wishes the mortgage brokers he talked to two years ago had advised him to set his sights lower and look for something he could afford at the time.

Just since March, prices have jumped 20 to 25 per cent in general, says Meeds. In a typical year, that increase might be more like five per cent.

Some of that jump is due to demand and some due to circumstances. Escalating costs for materials and difficulty obtaining them, a chronic shortage of trades, limiting work on a home to one trade at a time, delays in permits and inspections — it all contributes to increased costs.

On lumber alone, prices have gone through the roof, Nieuwkoop says. A four-by-eight-foot sheet of OSB (oriented strand board) that cost $12 on June 1 is now $32, he says.

All those costs get passed along to the buyer.

“We’ve never seen price increases like we have, and I don’t just mean in amounts or percentages, I’m talking about the number of times we have to increase our pricing,” she says. “We had to reprice the product every time we released because we did not know what our lumber prices were going to be.”

Before the market went crazy, Buckley says she would adjust prices maybe four times a year.

“You’ve got to wonder what the tolerances are,” she adds. “Affordability is going to become a big issue.” 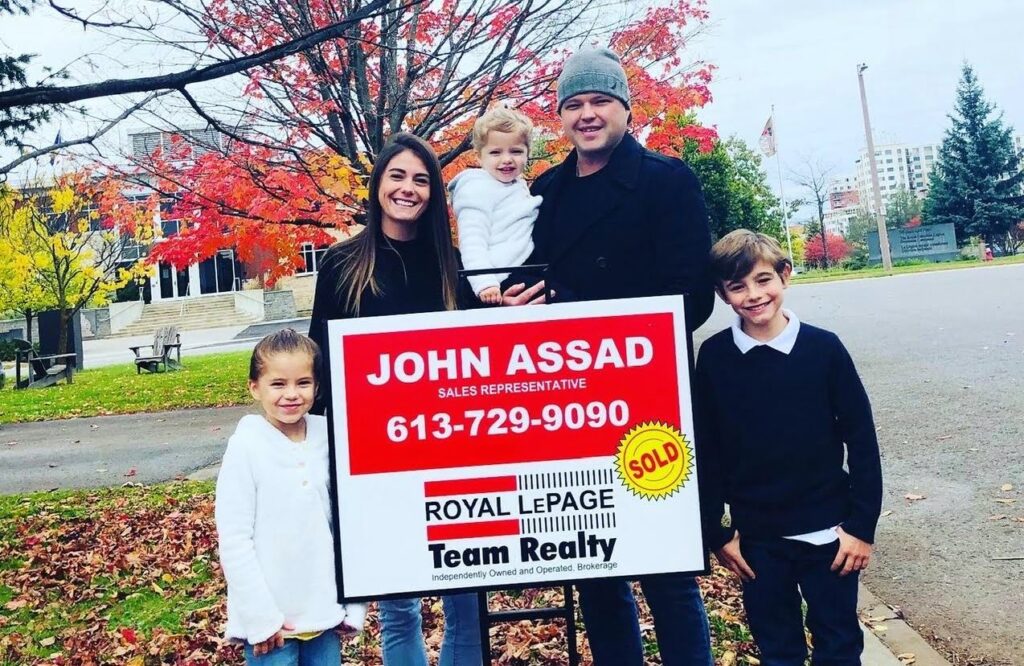 The Waites are moving from Kanata to Carleton Place for a larger home that fits in their budget. Pictured are (left to right) Charlie, Kennedy, Spencer, Cody and Tatum MacLeod-Smith. Photo courtesy Kennedy Waite.

It was certainly an issue for Kennedy Waite and her husband. Already homeowners in Kanata, they were looking to move up to a roomier single in the area but “Kanata’s market is ridiculous right now,” Waite says.

Instead, they chose to move out to Carleton Place where they could get an extra 2,000 square feet for close to what they have sold their current home for. “It was a no-brainer.”

They will be homeless for about nine months, choosing to take advantage of the hot market to sell their townhome now and relocate to her parents’ basement until their new home is ready.

Another key issue is the limited supply of lots at many developments, creating frequent temporary sellouts. Again, this is something Meeds has been seeing for some time, estimating about 30 per cent of Ottawa developments have had such low supply as to be passed over by buyers.

“In the past, some of those purchasers would be OK with waiting for the next phase,” he says. “These days there’s maybe a bit more pressure for them to say, ‘OK, I’ll go to the competition because I just want to be in that area anyway.’”

While he would like to release more lots, Nieuwkoop, like many builders, says he needs to control his sales. “I could sell 200 home tomorrow (but) I just can’t do it,” he says. “I don’t know what my costs are going to be because what we’re building right now it takes so long to build.”

Adds Buckley: “We have trades coming back to us weekly saying, ‘We can’t hold our pricing’… which is one of the things driving these controlled releases… The house I sell you today, I have to be able to confidently know I can deliver for that price at a margin that will keep me in business.”

Those controlled releases are like a slow drip, with buyers scrambling to buy.

The controlled releases are also partly to keep closing dates from stretching too far. Already it’s taking longer to build a home. What Cardel used to be able to build in nine months now takes 12. And some builders are selling homes that won’t close until 2022.

Some builders have had to take advantage of provisions in the Tarion warranty, which covers new homes in Ontario by builders who are registered, for unavoidable delays.

“COVID has had a huge impact on our supply and demand when it comes to being able to build houses within a reasonable amount of time,” says Nieuwkoop. “We’ve never missed a closing date in 38 years… well, we’ve now had to take advantage of the Tarion (provision).”

In a June survey of builders, Tarion reports that 57 per cent of registered Ontario builders expected some type of delay caused by COVID-19.

“For Ottawa specifically, there have been issues with the availability of tradespeople as well as issues with material and product supply chains. We have received a number of calls from homeowners and builders in the Ottawa area about delays in closing,” says Andrew Donnachie, Tarion’s manager of media and stakeholder relations, although he notes that Tarion does not have data as to the causes of these delays.

Builders are taking different approaches to releases. Some, like Cardel, are doing first-come, first-served virtual releases. Others, like Valecraft, are opting for a lottery. And a very few are still having buyers line up.

Whichever method is used, the key is to be ready, Buckley says. Do your research so you know what you want and have your mortgage pre-approval in place.

“Many people are coming to the front of the line and saying, ‘Yup, give it to me, I want it.’ And then they use that time it takes to convert (to a firm sale) to back out or they think they’re going to get their financing once they’re at the front of the line. Do your homework, get ready, come prepared.”

Keep looking online, checking the builders and signing up for their updates, adds Nieuwkoop. While the odds of snagging one of only a handful of lots is not great, “it’s the new norm,” he says. “Try to stay optimistic and just knock on doors. Keep sending emails to builders, go on their email blast lists, keep your name in there and you never know.” 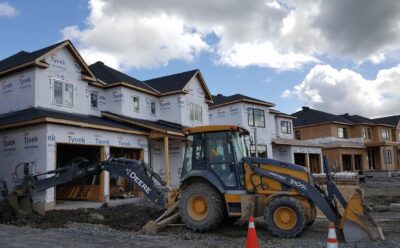